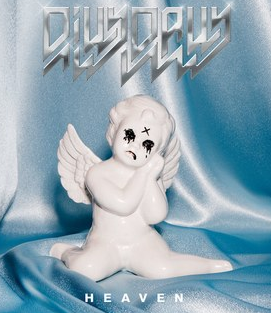 Manchester’s Night People is a mere toddler in comparison to some of the cities more established venues. Opened in 2017, it hosts an eclectic mix  of music of all genres. At present it is probably best known for hosting Twisted Wheel, arguably Manchester’s premier Northern Soul night. However, tonight punk is the order of the day as its doors are flung wide open with the arrival of Toronto punk outfit Dilly Dally, and there isn’t an ounce of talc to be spotted anywhere.

Supporting their second album Heaven, the band have developed a loyal fan base following the release of their 2015 debut Sore. However there was some doubt whether this second album and subsequent tour would ever happen at all, with the band facing possible implosion due to the trials and tribulations of touring and personal demons to conquer, but made it they have and boy are they going to let you know about it.

The band arrive on stage with singer and guitarist Katie Monks resembling a Hammer Horror heroine, clad in a virginal, ethereal white dress. Launching into I Feel Free as the opening track, she sets the tone for the night ahead: Monks has a distinct, gravelly voice that can be soothing and unsettling in equal measure.

Monks goes from rasping seductress, to primal, guttural screams effortlessly in a set list which draws heavily from the new album. The album is a less frantic affair, as demonstrated by Sorry Ur Mad and Doom, each one toying with bringing you up and then dropping you like a stone. 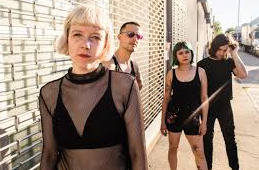 The band close with title track Heaven, demonstrating a band that has been through the wars but are enjoying touring and playing live again, and this can only be a good thing.

Catch them on tour in the UK  http://dillydallyband.com/