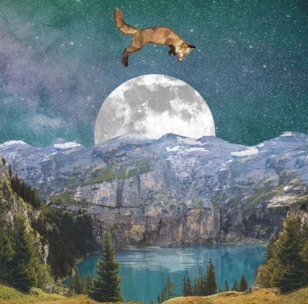 I’ve been going to gigs now for near enough 23 years and sometimes indifference can creep in, so much so that I can’t begin to imagine the amount of decent support bands I’ve missed by deciding to have “just one more”.

Since setting up my own blog, I’ve decided to take it a bit more seriously and have been arriving a bit more punctual, which is a bloody good job because if I hadn’t, I’d have missed the fantastic Camilla Alice Sky who was supporting her pal Dave Fidler. What a talent this lady is; a beautiful, haunting voice, that captivated and bewitched the capacity crowd at the unique Eagle Inn venue. I only managed to catch half of her set but what a treat and someone you’ll be hearing a great deal of in the near future.

Speaking of someone you’ll be hearing a great deal from, that leads me onto the equally talented Dave Fidler. Fidler is pretty much on home turf tonight, with friends and family all there to celebrate his triumphant return. Fidler spent most of 2018 on the road, honing his craft and writing songs for his latest album Aurora.

He has warmth and genuine stage presence and you can’t be helped be bowled over by his charm. His output is a blend of traditional folk, blues and country that has been kissed by the sunshine. Standout tracks from the set include Will I Ever Learn? and the gorgeous Skylark. It’s an upbeat family affair, as Fidler welcomes his brother in law to the stage as well and acknowledging his brother on drums, as they perform one of his tunes. 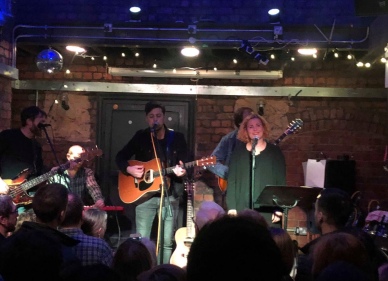 Throughout the set he is joined by Camila Sky and their harmonies marry perfectly; as Neil Diamond once said, “it’s a beautiful noise” and this absolutely was.

Fidler is drawing comparisons to the likes of Dylan, Crosby, Stills & Nash, which is high praise indeed but well deserved: it was a cold, typical Manchester evening the night the gig took place and as I write the review it’s a beautiful spring day, which is the perfect accompaniment to Fidler’s album. He is currently on tour across the country and hoping to play the Eagle Inn again; you’d be well advised catching this unique, engaging talent and if the sun’s out, even better!