48 hours removed from the most depressing election result in recent memory, and it was a good feeling to be out with likeminded people, and to know that not everyone out there is a self serving c*nt. That is why what Seán McGowan achieved tonight is so important; a sell out gig with a justifiably angry voice, unashamedly pointing out the ills, inequality, and fractured nature of Britain. Up there by himself and armed only with two guitars and a dodgy guitar strap he takes us on a 75-minute tour of what life is like in Britain for the many not the few.

McGowan songs are from the heart, filled with passion and mainly about his own personal experiences at 20 something, trying to hold down three jobs and getting on in life whilst trying maintaining a career as a musician.

Opening with the angry punk fused ‘Off the Rails’, it’s raw and certainly amped up the crowd.  The set contained a mixture of the personal to protest, with stand out moments coming from the gut wrenching Springhill, a song dedicated to his best friend’s mum who passed away on his 18th birthday; it’s as you would expect – a raw, emotion riddled song with a performance to match. Then there is anti-work anthem Cuppa Tea, a critique  of working life in a zero hour contract world.

The show closes with two very different songs, the first being Queen of the West, a love letter from McGowan to his grandmother, who he points out could give Anthony Joshua a run for his money. It’s a song highlighting the struggle and strength of this remarkable sounding lady, whist the latter, No Show, is a gritty, no nonsense slice of life that could be the plot of a Ken Loach film.

McGowan is first and foremost a storyteller, despite being ‘cheeky chappy’ and man-of-the –people, with a wit as sharp as a tac. However his songs, are slices of reality, mini kitchen sink opus’s that seldom have a happy ending but are much needed in the current political climate. Tonight’s gig at the Castle showed that with young singer-song writers like McGowan out there,  the voiceless still have a voice and although we are pretty fucked, it still could be a lot worse.

McGowan is on tour throughout December, January and February. For tickets and tour dates, check out the website here. 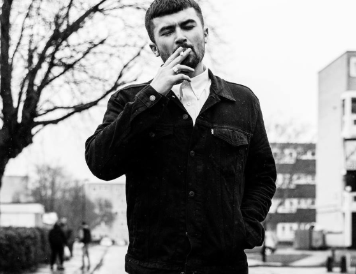