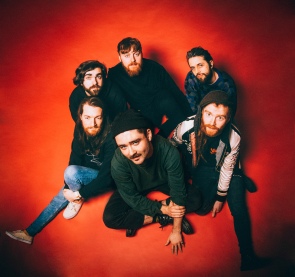 What’s better than a band with three guitars? Of course, the answer is four guitars! The excess doesn’t just stop there as the band have two drummers as well. Thumper have gone for it straight, creating a fearsome wall of noise – I’ve no doubt they’re preparing themselves for the leap from pubs and clubs, to stadium rock!

Make no mistake, the extra guitar and drums isn’t for show or a gimmick; it’s there to serve a purpose and that purpose is to a create a huge, bombastic sound scope. The Irish sextet are a proper rock and roll band. Honing their craft on the fiercely competitive live Dublin music scene, the band are following a hugely successful 2019, which saw them hit the festival circuit, taking in the likes of Primavera, Kaleidoscope and Electric Picnic.

In addition to receiving some rave reviews for their furious live shows, the band have 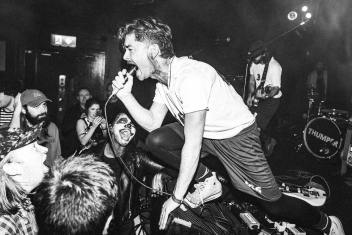 released a string of singles which include, The Loser, AFL and (You’re Bringing Me) Down, which went down storm upon its release.

Sighting such influences as Neil Young and Crazy Horse, Sonic Youth and My Bloody Valentine, the band have described themselves as “sonic death via bubble gum pop”, which isn’t far wrong.

Having built up a huge fan base in their native Ireland, and building somewhat of a cult following here in the UK, the band are hitting the road, starting in Glasgow on the 24th of February and finishing in Brighton on the 7th March.

We’ll be heading over the Manchester gig at Night People on Thursday 27th, which quite frankly I can’t wait for, looking forward to getting out and seeing some loud, gut busting live music with plenty of bite to it.

Thumpers full dates and tickets can be found at: https://thumpermusic.bandcamp.com/